I would love to say that the idea of a daily book-making session came from me but it came in fact from my delightful class. In keeping with a Writing For Pleasure approach (Young & Ferguson 2021a, The Writing For Pleasure Centre 2022), they started the year already keen to mark-make, so I experimented with lots of different ways to engage them, one of which was having a basket of empty ‘books’ ready for them to fill. I let them explore independently everything I had on offer in the writing area. Book-making became a firm favourite and the children would encourage each other to have a go. Seeing how excited they were to make marks with meaning into a story or information book convinced me that I should foster this enjoyment of book-making and make it grow.

I would always put out a supply of handmade books, each with a bright coloured card front and 4 pages of white paper inside. We knew that children have preferences for different tools, so my team and I put out chunky pens, crayons, pencils, highlighters, biros, chalk and much more. Not all these tools were necessarily out at the same time, but they were close by and my children knew they could help themselves to anything at any time.

Sometimes I just let children know that book-making materials were out on a particular table, and sometimes I would go and sit there myself. I started by not giving too much instruction about how to make a book because I didn’t want anyone to feel overwhelmed. I would just sit and talk out loud about what I was doing, and children would come over and usually end up copying me or doing something similar (Ferguson & Young 2021). However, I would tell confident children that they could do things like putting writing and a picture on every page.

Towards the end of Autumn 2, many children were becoming very independent when book-making, so I decided to dedicate some carpet sessions that week to it (Young et al. 2021). We had an ‘Ideas Party’ where I got children to name their favourite things, and I wrote/drew a mind map.

I then said that they could turn their favourite things into a story. That day, I saw a few more children feeling confident enough to give book-making a go and my heart swelled with pride! I sat at the table and asked children to help me with my story because I couldn’t think of an idea. They loved feeling that they had all the knowledge and it encouraged some of the quieter children at the table to ask the same questions of me and their peers. By the end of the week every child in the class had had a go! I made their books very special by putting an ‘About The Author’ page at the back, with a picture of the author and some facts about them. They gave them to their parents as a Christmas present.

Fast forward to today, and we have now made a dedicated Author Table, on which are copies of our book-making checklist (Young & Hayden 2022) and a basket full of empty books.  It’s a permanent part of our classroom environment.

Here, we were learning about minibeasts, and some children wanted to make a fact book so they could teach their friends about them. They wanted to write accurate names because they are really interested in letters and sounds, so they copied the letters from a friend’s book.

When this book was written we were learning about the Lochness monster. This child decided she wanted to do a fact book (The Writing For Pleasure Centre 2022) showing the body parts of the monster so people would be able to spot it easily when they visit Scotland! She was really interested in letters and had long moved on from scribble writing. She asked me to write the letters for her, but instead I sounded out the words and let her have a go at writing them independently. As you can see, she was completely successful.

In this story, the child independently wrote his name on the front cover and, because he had spotted that all front covers have a picture, drew a Lochness monster.

This child, having created a front cover, then turned to the first page and did some writing. I asked him what he was writing and he told me that, when you open a book, there is always writing on the first page that isn’t the story, and that sometimes it says who the story is for. I was really impressed by this knowledge, and praised him for thinking to include it.

This child decided on his own to do page numbers as ‘that’s what they have in the books mummy reads to me.’ The story flows, with something different happening on each page.

Book-making has increased the confidence and independence of all the children in my Nursery class. I have made it something they can take ownership of, and where they can showcase their favourite things (Young et al. 2022). We share the books we’ve written at the end of every day. They sit on my chair, just as I do when I read aloud, which helps them feel that what they have written and created is real and important. If they don’t feel confident, I will read it for them.

In conclusion, it is essential to create a safe space for children where they can happily make books without feeling they will be judged. Praise for everything and anything that children achieve is key. For me, one of the stand-out moments since introducing book-making was when one of my children, who was very unconfident and had not yet ventured to the writing table, finally did. He came over and got an empty book and pencil but was still hesitating. I told him to just have a go, perhaps make a book about his favourite ninjas. He started to draw on the front, and a friend next to him said his drawing was amazing. But he was reluctant to write, saying he couldn’t do it. I told him to write however he wanted to, and that he didn’t have to write letters like I do (Byington & Kim 2017; Young & Ferguson 2021b). From that moment on he flew through the book, drawing and writing on every page! I was so very proud of him and he was extremely proud of himself. To see the smile that was on his face when I read out his book during story time was unforgettable. He, like all children of his age, was ready to be an author (Young & Ferguson 2021a). 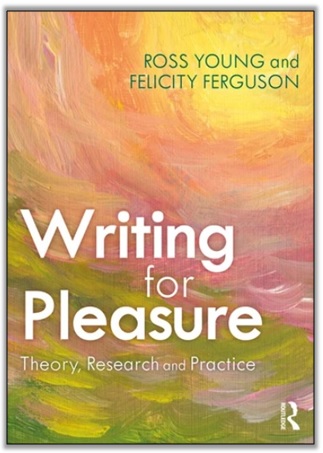 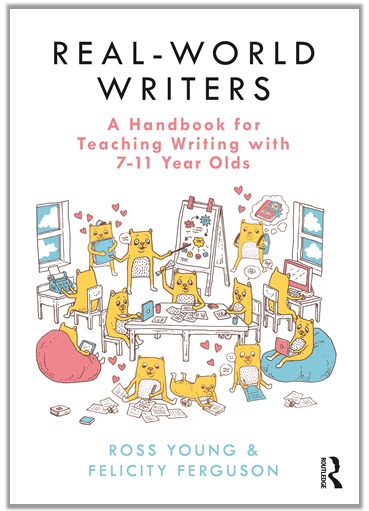